Strange how we as Europeans now live in the far East but with the kids going to American school we are planning our holidays around American public holidays. We really are ‘Global Citizens’ now (the tag-line of the American school).

So thanks to American labour day we had a long weekend. It gave us the opportunity to do some sightseeing. This was very welcome, because after 4 weeks in tumultuous Yangon, we longed for a change of scenery, space and quietness. We decided to go on a road trip, with our brand-new rented car and visit Nay Pyi Taw (NPT). This is the current governmental capital, 400 kilometer away from Yangon, in the middle of endless ricefields and, well, nothing else.

Sometimes one gets more than one askes for: the town was not just quiet and serene, it was eerily deserted. As Yangon became too full, the gossip goes that the General then in charge had a dream in which he received the message to relocate the capital city. And so the government decided in 2005 to build a new town four times the size of London but with (today) eight times less people. Not without ‘succes’ as the international press describes Nay Pyi Taw as ‘super-sized slice of post-apocalypse suburbia’.

And so it happened that our brand-new rented car, after an already quiet ride on Myanmar’s only high-way, linking Yangon with Nay Pyi Taw and Mandalay (another former capital of Birma), drove lonesome in the 20 lane road leading to the Parliament buildings in the centre of the young capital city.

After the first ‘oh’s and ah’s’, this quickly became boring and so we wanted to turn. We hesitated a bit, because signs were lacking, and we had already had a bad experience in Yangon while illegaly u- turning on one of our first days in Myanmar.

That time a policeman approached us, furiously blowing his whistle. We, still stressed out because of the big move to Myanmar, shit our pants; mostly because we did not have a Myanmarese drivers license. Luckily the policeman chose not to bother himself with us when realizing we did not speak any Myanmarese.

In NPT we eventually made the u-turn when we saw that all the guards in front of the Parliament building were asleep. Logical, what else was there to do? And so we drove from lane 4 at the right side of the high-way all the way to lane 16 in the opposite direction. 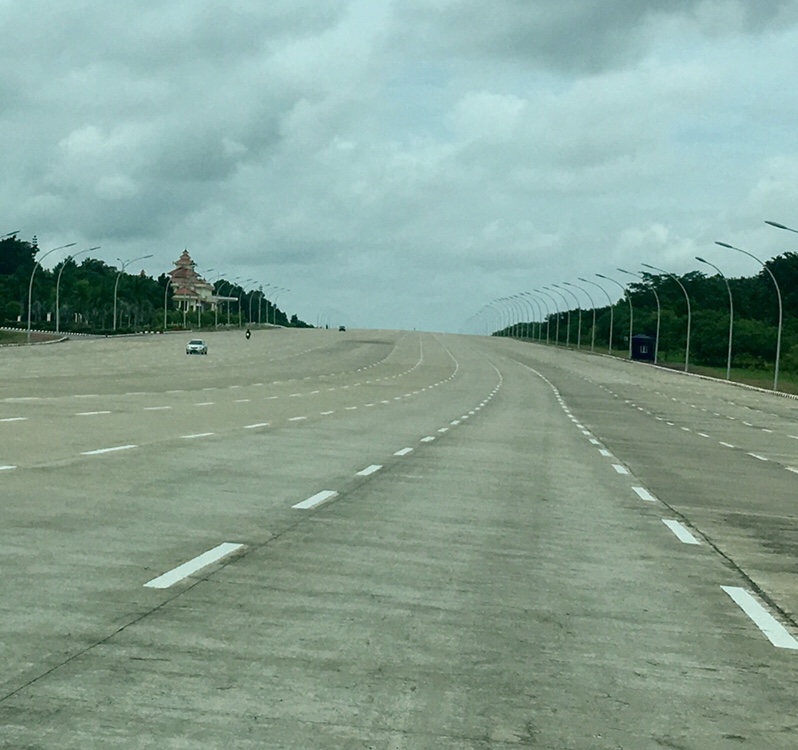 Not only the streets, also the musea (think the size of the Louvre) and hotels were deserted. Except for some Chinese guests, we were the only visitors in a hotel with over 200 rooms. Great because we got all the attention and good service from furthermore bored staff, for a room rate just a fraction of what this same hotel chain would charge in Yangon. In the night time, however, the empty hotel was more creepy than Steven King’s hotel in ‘the Shining’ (1977): a labyrinth of long, empty corridors, with brown carpets and long, heavy curtains. The only thing that was still missing was someone whispering ‘redrum’…..

The second day of the roadtrip we visited Bago (or Pegu), another former capital of Myanmar. In Bago you find yourself again in a lively Asian town, full of old Buddhist statues (some built around 1,000 A.D.) and other mystical places, 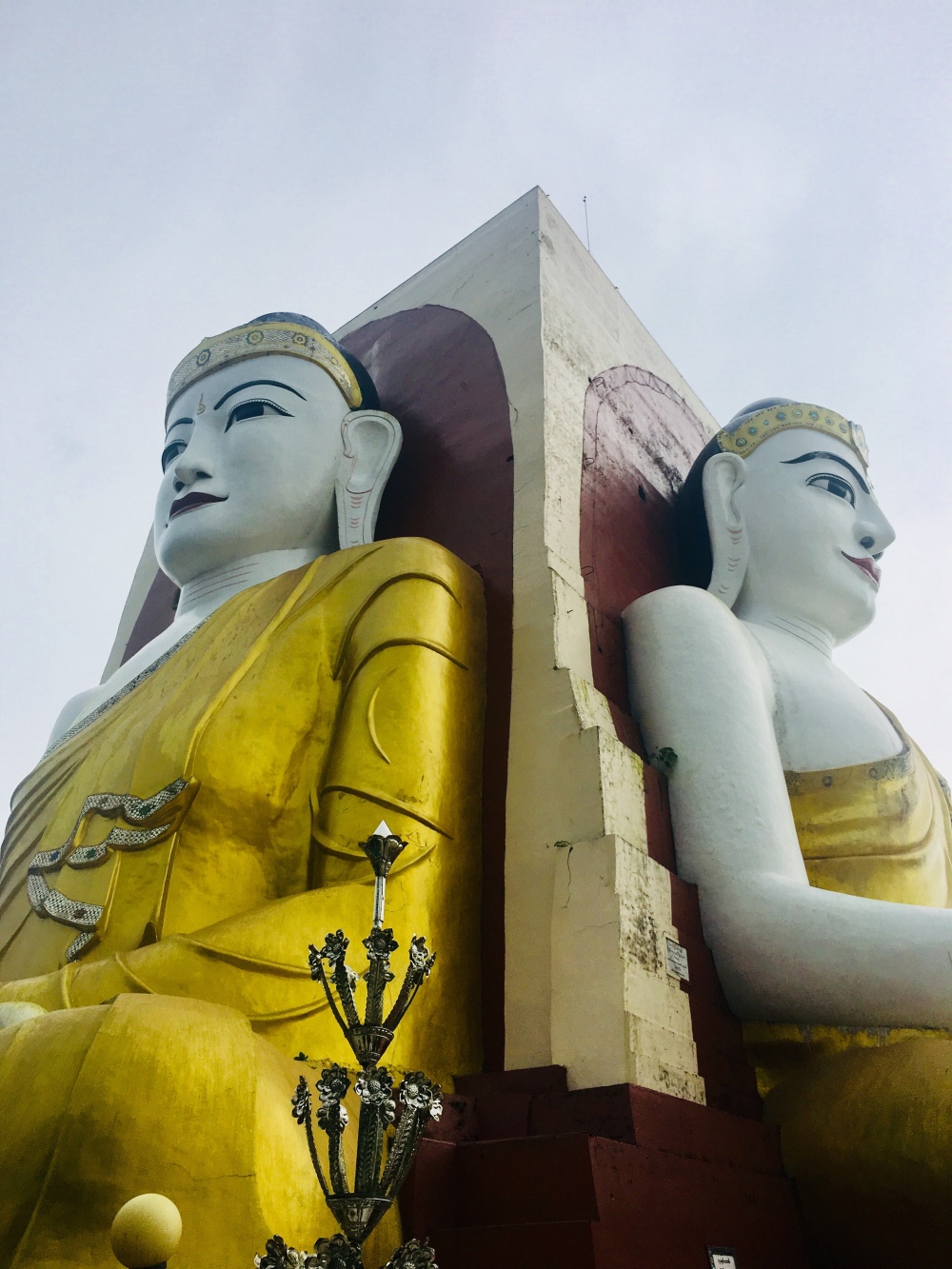 such as the Snake Pagoda, where a huge six meter long snake of over 100 years old is believed to be the reincarnation of an old monk. The poor animal.

At the end of the long weekend we came back to Yangon and hence visited three capitals in three days. As with Myanmar’s tumultuous history and many rulers (various kings, the British, the Japanese, the militairy regime) each era has built its own home town, we still have a few to go: Bagan, Sagaing, Ava, Mandalay.

Next American public holiday: Halloween. We are looking forward to it.